What Traditionally Maltese food and drink can one find in Malta 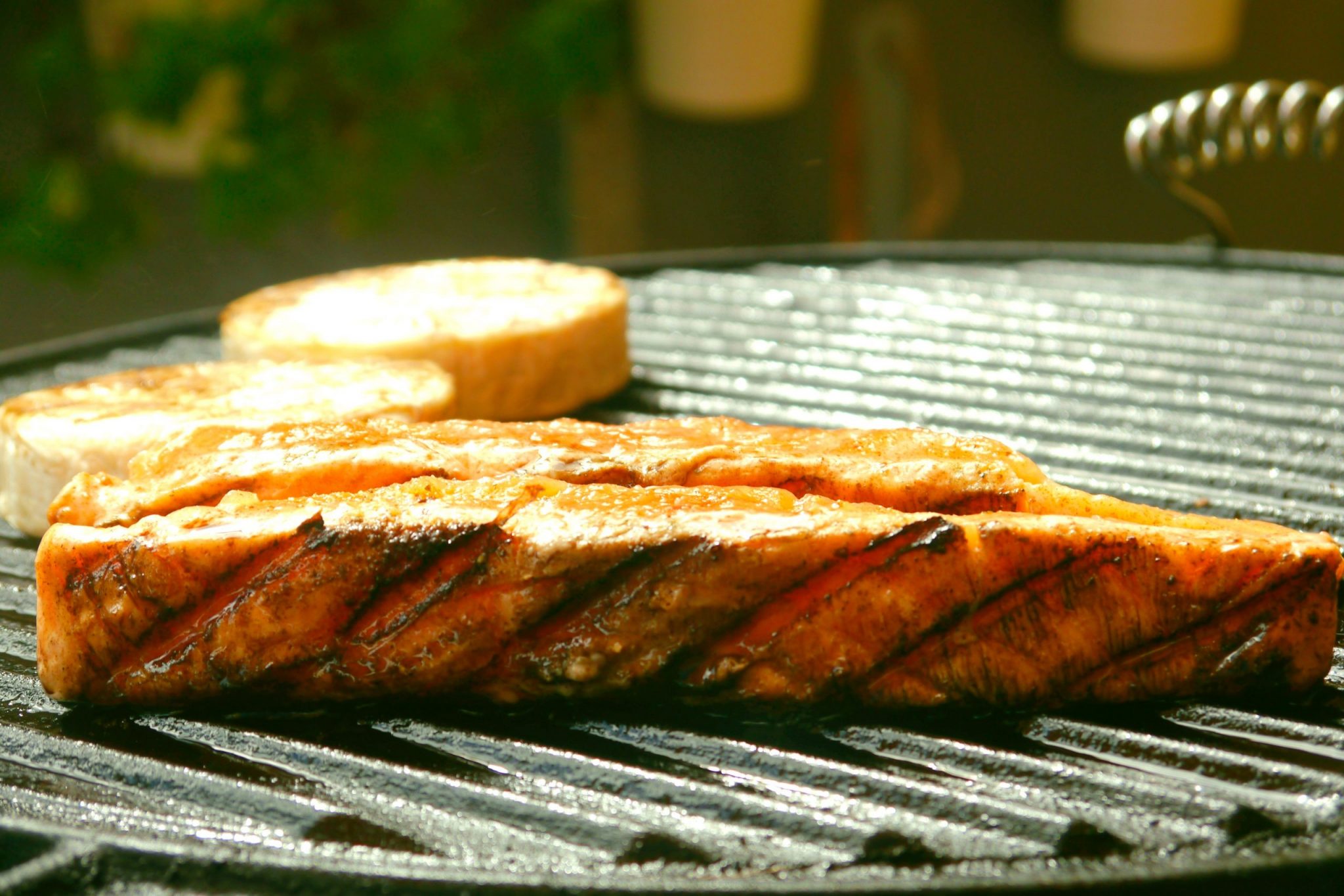 One can only do justice to the unique culinary experience which exists on this island by framing it in the Maltese Mediterranean context in which it is embedded. That is, we shall first give a brief overview of Malta as an island, to better understand it’s cuisine.

The small archipelago in the Mediterranean known as Malta is renowned for its many wonders. From its magnificent crystal clear waters to its vast cultural history that spans a number of centuries. Traditional maltese recipes we have today have been passed through the generations. These are influenced by neighbouring countries, and previous rulers, yet unique due to the amount of freshly available ingredients in the mediterranean climate. We would recommend you come and experience this fabulous food yourselves.

We will now explore a few of the most popular foods which are enjoyed by both the foreigners and the locals alike. Starting from different foods coming from Maltese bread. Malta has a rich history in bakery and it’s ingrained in the tradition of the country.

This translates to Maltese bread. Traditionally baked, this bread has a crunchy crust on the outside and fluffy white texture from the inside. It doesn’t taste anything like the regular loaf of sliced white bread you might be used to from your local supermarket.

This popular type of maltese bread. It is a flat baked, disc-shaped, usually portion-sized bread that shares its crusty outside with a regular loaf of Maltese bread. This is usually bought as a whole or sliced, and it is a popular option in lunchrooms and is prepared with a number of delicious ingredients found in Malta.

This is a traditional maltese snack sold as street food which literally translates to ‘bread with oil’.This is a sandwich which is typically rubbed with fresh Maltese tomatoes. It is then drizzled with olive oil and filled with a variety of ingredients which differ depending on each person’s preferences.These include, garlic, olives, onions, pepper, tuna, or capers.

Malta is also known for its street food which you won’t find anywhere else in the world – unless owned by a Maltese citizen!

This is a flaky pastry  filled with ricotta mushy peas, or chicken which came around in Malta in the 1990s. This is another type of food which is sold as street food. It is considered fast food for the Maltese who walk to the nearest ‘pastizzeria’ to grab this delicious savoury snack. Best of all, they are cheap, addictive, and pastizzerias are all over the island.

Due to the fact that Malta is an island, it is safe to say that fish has always been popular.

You’ll be able to find all kinds of local fish served fresh daily in local restaurants, but there are specific types of fish that are more popular among the Maltese.
A trip to the Marsaxlokk fish market on Sunday morning will show you just how varied the fish is in Malta.

This is a type of dolphin fish also referred to as Mahi-mahi. It is caught seasonally and available as fresh catch during the period of 15th of August through to the end of December. You’ll still be able to have Lampuka at other times of the year, but it obviously won’t be as fresh. Still worth your while though! This type of fish is also popularly served in pie form, known as ‘Torta tal-Lampuki’.The freshly-caught lampuki are cooked alongside several other foods. These include onions, olives, tomatoes, capers and spinach and placed in a puff-pastry before being baked in the oven.

Another type of fish which is very common in Malta is locally caught swordfish, prepared as a dish called Pixxispad (grilled swordfish steak). This is usually fried in olive oil, lemon added – Super tasty.

As for the drinks, Malta is not limited aswell.

Malta is known for it’s beer brands – especially Cisk and Lord Chambray. The original Lager Beer is a golden-coloured, bottom-fermented lager . Known for it’s distinct and well balanced taste. While bitter – it’s also pleasant. This is popular amongst many tourists.

As for Lord Chambray it’s slightly a more expensive option – but have different tastes which constraints natural ingredients from Gozo. If you are one for spicy beer – than Lord Chambray is for you.

Anisette is a drink which is known around the world but known for it’s origins from the seas of the mediterenean especially in Malta.

With the country known to use the anice and develop plenty of flavours from it such as hazelnut anisette or even lemon!

Even in it’s origins, it’s really rare to find with the drink being sacred for the maltese.

With it’s history of preserving nature, Malta has a consistent history of wineries, especially delicata and Marsovin.

With plenty of grapes available in the country, Malta is also good for those who look forward for that classy glass of wine.

The wine in Malta also ranges from cheap to expensive – fitting every type of budgets.

Popular grapes in Malta are Cabernet, Syrah and Merlot. You are set fo’r a fantastic scenery.

Orzata is a famous drink in Malta, loved by tourists especially – Spanish tourists due to it’s origins from Spain. It’s a drink with Hazelnut – which you consume with water.

The Maltese like to consume during Malta as it’s best served cold in hot weather – both when you are having a meal or having a drink to kill thirst.

Another drink like Orzata is ‘Ruggiata’ which is basically the same but with orange rather than hazelnut.

While you can find and it’s best served fresh – you can also find it in bottles which you just distill with water and enjoy it.

Careful though! As some Maltese find it offensive.

It is safe to say that among Malta’s many wonders, it’s mediterranean cuisine stands out as one of it’s best features. Come for a visit and give your tastebuds a journey they will surely not forget!

Book a room at our www.sthotelsmalta.com for your ultimate holiday in Malta.

ST Hotels, owns and operates 5 hotels all located in the Gzira/Sliema Area..

WELCOME TO ST HOTELS,
WE VALUE YOUR HEALTH AND WELLBEING. DUE TO THE ONGOING CORONAVIRUS COVID-19 EPIDEMIC, WE SHOULD ALL PAY CLOSER ATTENTION TO HYGIENE. WE ARE DOING EVERYTHING WE CAN AND YOU CAN HELP TOO. LET’S TAKE CARE OF EACH OTHER AND ENJOY LIFE RESPONSIBLY!
Here are some of our preventative actions:

• We have raised our already high standards related to cleaning and disinfecting surfaces.

• We have made hand sanitizer available throughout our hotels and provided instructions to our staff to keep high standards of  hygiene.

• Bins in public areas are being emptied daily.

• Our staff has been given clear guidelines on what to do if a customer or an employee is feeling unwell and may have contracted COVID-19.

• At breakfast in our restaurant, we change the serving utensils, bread and butter knives and the cloths protecting food at regular, short intervals.

Please remember the following during your visit:

• The best way to prevent infection is to ensure good hand hygiene. Wash your hands with warm water and soap and use hand sanitizer when necessary. Don’t forget to clean your mobile phone each time too.

• Avoid handshaking and close contact with people as much as possible. Keep 1 meter social distance whenever possible.

• Put used paper handkerchiefs in the bin immediately after use, or flush them in the toilet.

• Be responsible and contact our reception if you suspect you have contracted COVID-19.

Have a safe and pleasant stay!

Given the flexibility our guests and customers need right now we have implemented the following policy which applies both to existing as well as new reservations.

Best Flexible Rate: This rate offers maximum flexibility to change or cancel your reservation. For direct bookings this rate can be fully changeable or refundable up to 24 hours prior to the day of arrival.

Bookings via a third-party: For bookings made through an online booking platform (e.g. Booking.com, Expedia) or third-party travel professionals, please contact them directly – you should refer to their terms and conditions.

Our Commitment to Cleanliness

As we welcome you back to our hotel, we are committed to providing you with a safe environment that aligns with expert protocols for working to defeat COVID-19.  We will actively monitor and evolve our solutions to ensure a continued focus on the health and safety of our guests and employees.

Our property is compliant with all the health and safety standards required by the Malta Tourism Authority.

Guest Rooms: In guest rooms, we have elevated our rigorous protocols to thoroughly clean all surfaces with hospital-grade disinfectants. And we will be placing disinfecting wipes in each room for your use.

Hand Sanitizer: Hand sanitizing stations have been installed at hotel entrances, at our front desks, our elevator banks, and meeting spaces.

Social Distancing: Signage in public spaces will remind our guests to maintain social distancing. We will be adding partitions at check-in to provide an extra level of precaution for our guests and our employees.

Support STHotels Assistance Available from 08:00 to 19:00 Available on SundayMondayTuesdayWednesdayThursdayFridaySaturday

WhatsApp Chat is free, download and try it now here!

× Hi there! Can we help? Available from 08:00 to 19:00 Available on SundayMondayTuesdayWednesdayThursdayFridaySaturday